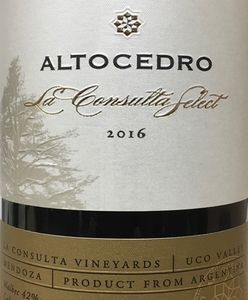 Shows lots of sanguine notes to the long, rich dried red fruit flavors, with accents of dried sage and spice on the juicy finish. Malbec, Cabernet Sauvignon, Tempranillo and Syrah. Drink now through 2022.