Winemaker: Made reductively in order to maximize the fruit personality of the vintage, the 2018 shows more marked fruit aromatics than usual, while maintaining the typical Southern Right balance of Old World minerality and length with hints of New World palate coverage and body. 2018 is a wine that favors origin expressive individuality, minerality and palate complexity ahead of pure, pungent varietal aroma. A significant percentage of fruit from clay-rich soil has added an intense mid-palate structural component and addition overall complexity to this wine. 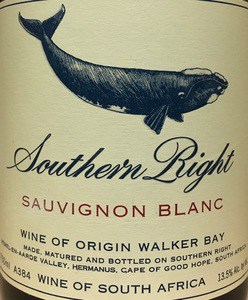 After the early and short 2015 and 2016 harvests, 2018, like 2017 was back to our usual timing, beginning at the end of the first week of February, but (a longer harvest) finishing at the end of the first week of March. Budding was even and successful, with higher than usual early Spring temperatures, but an unusually wet November and a cool December affected flowering and fruit-set, resulting in particularly low yields – far lower than our already low yields. The berries were smaller and the bunches were lighter, but the resulting wines were deeper, fuller and more structured. December and January were drier than average, making for relatively easy and successful disease control organically, with February only very slightly wetter than our long term average. A warmer than average February, combined with the very low yields and small berries did however contribute to the riper more opulent style of 2018 compared to 2017. One of the features of 2018 was fairly variable ripening within individual vineyards, and within individual bunches. Picking on taste, combined with analysis, and picking particular areas within individual vineyards at different times, was particularly important in 2018. This required a high level of vigilance and very close teamwork between cellar and vineyard, both of which were carried out with great success. 2018 was an excellent vintage for us.